DCF Advertising took a new spin on the traditional anti-smoking ad through this impactful series that targets non-daily smokers who incorrectly believe they are safe from the health effects of regular smoking.

Portraits of these non-daily smokers were created through English and Spanish television ads; as they defend their smoking, the health defects that they are still at risk for, like heart attack and aneurysm, flash on screen.

A print version of this campaign was also distributed to other health agencies for nationwide use via the Centers for Disease Control and Prevention. 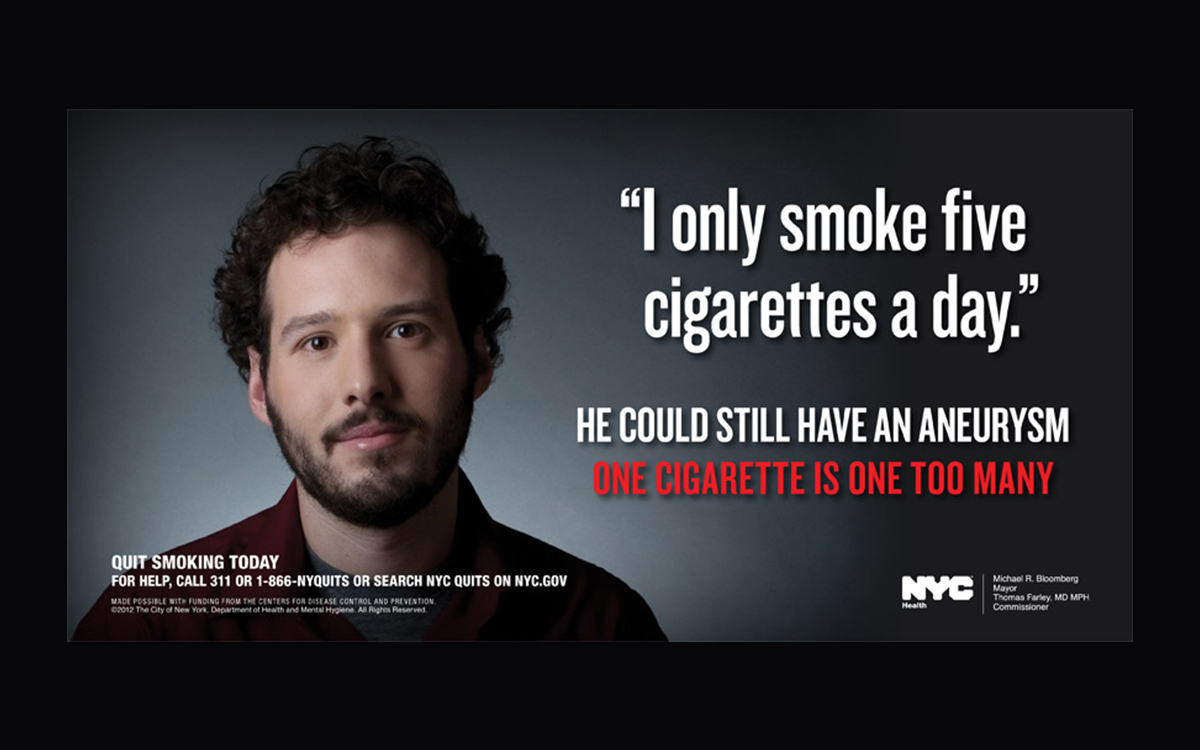 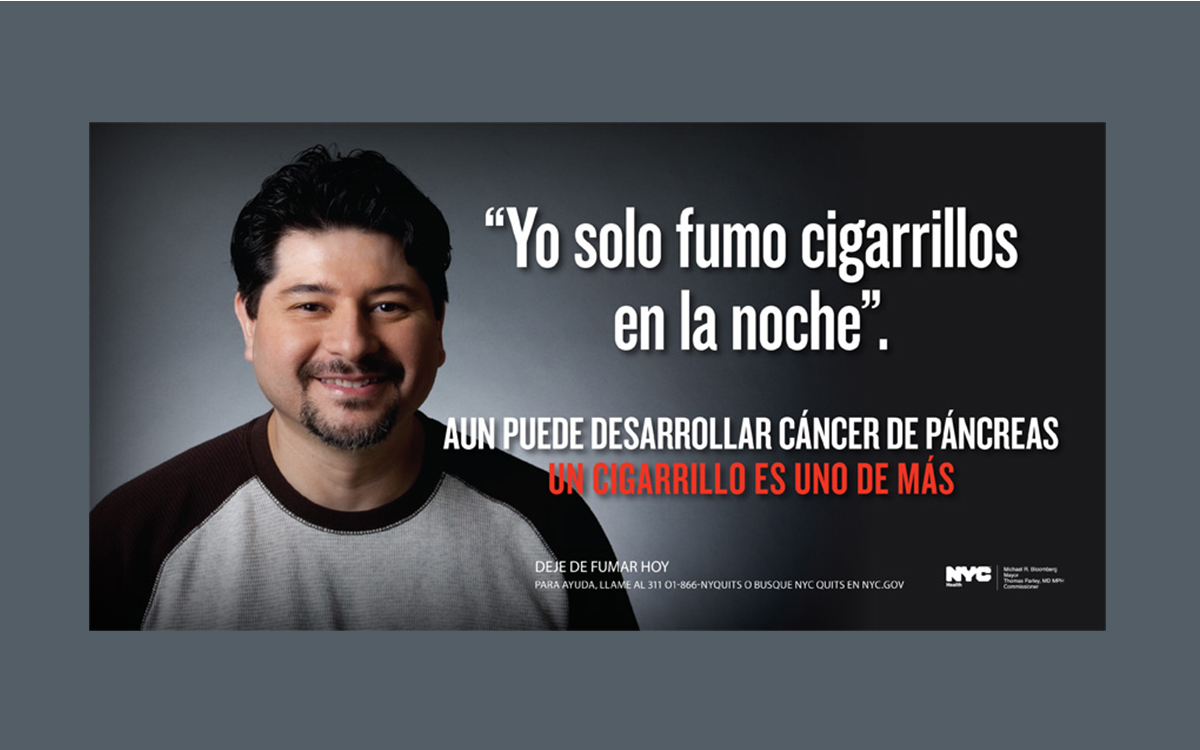 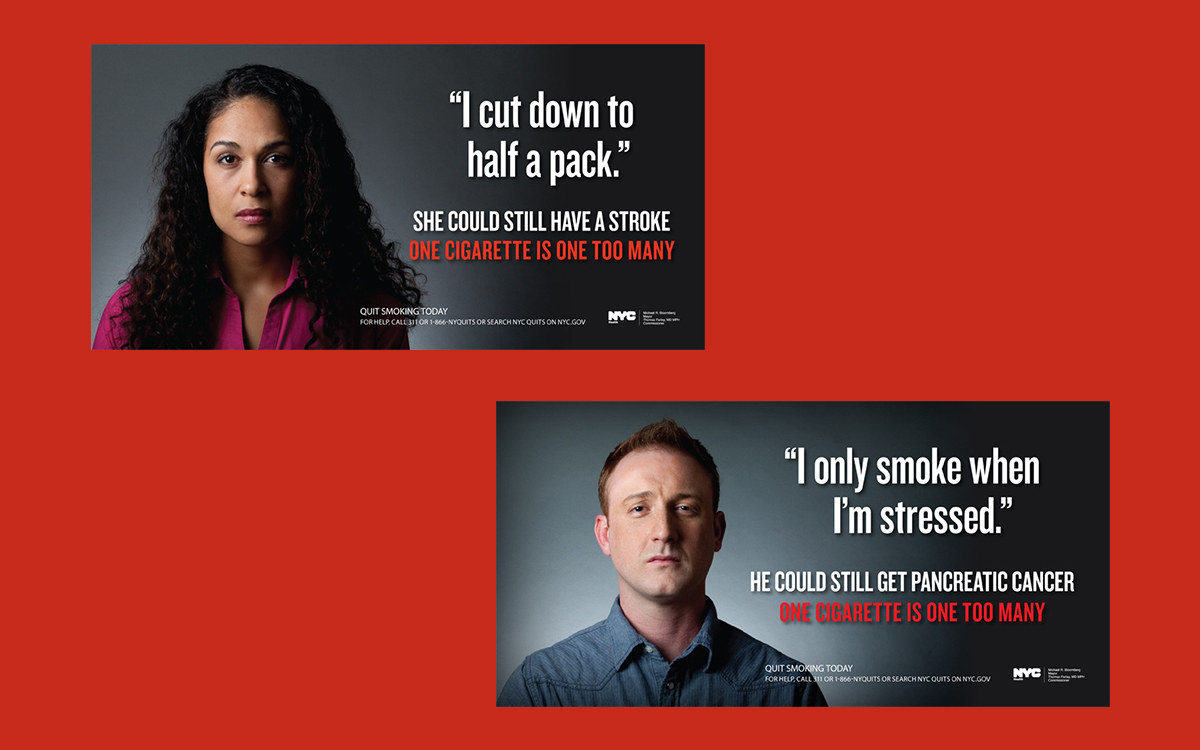 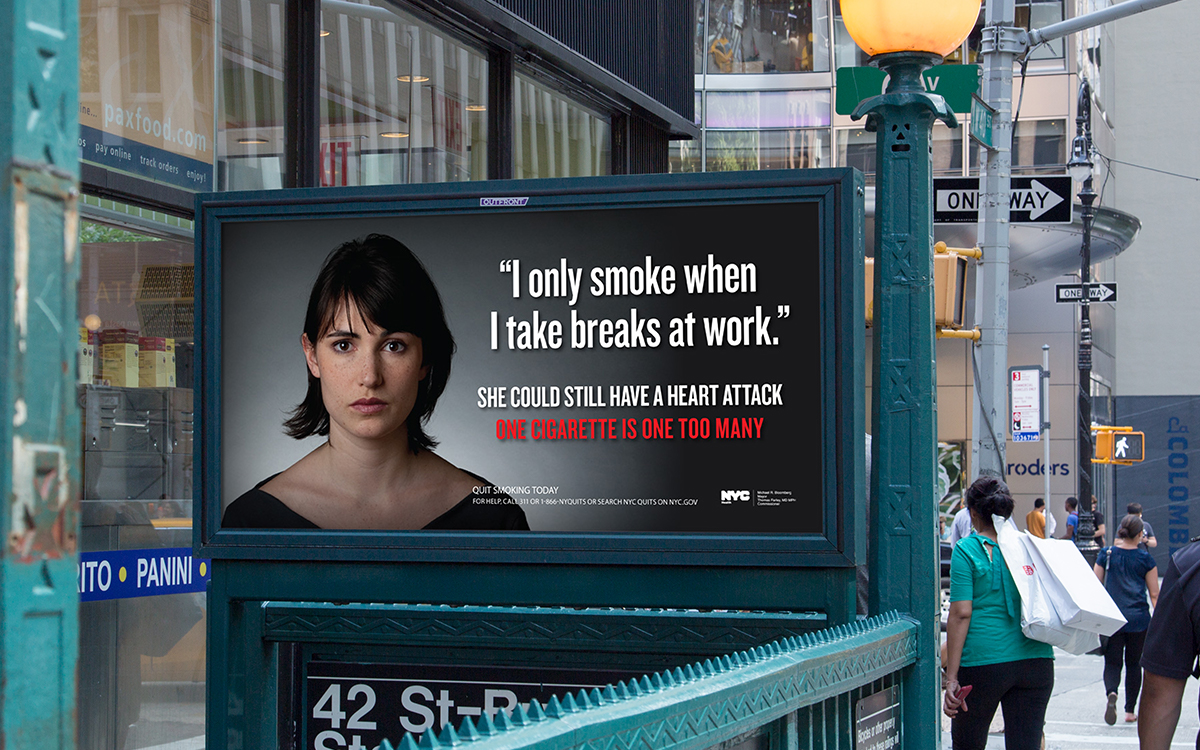 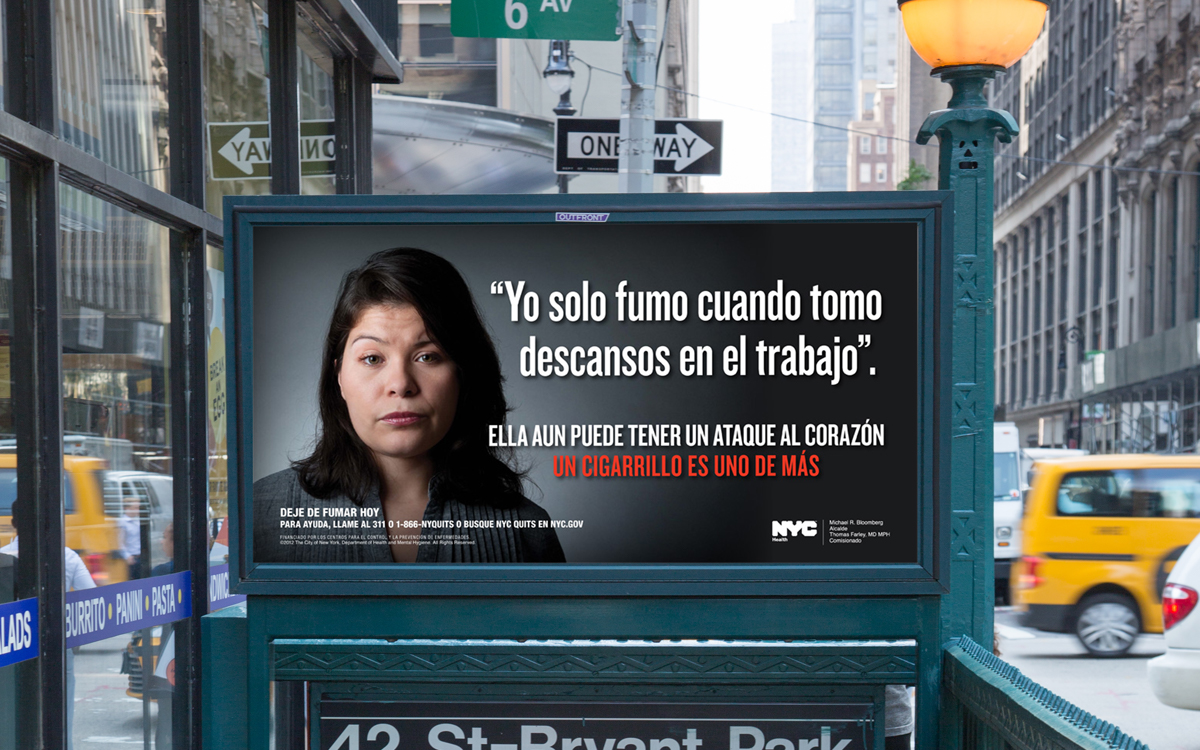